Two high profile lots were withdrawn from this sale:

Steve Wynn's Pablo Picasso’s Le Marin (1943) (estimated in the region of $70million) had to be withdrawn after being damaged during the installation for the viewing at Christie’s.

Both lots had been backed by third-party guarantees. 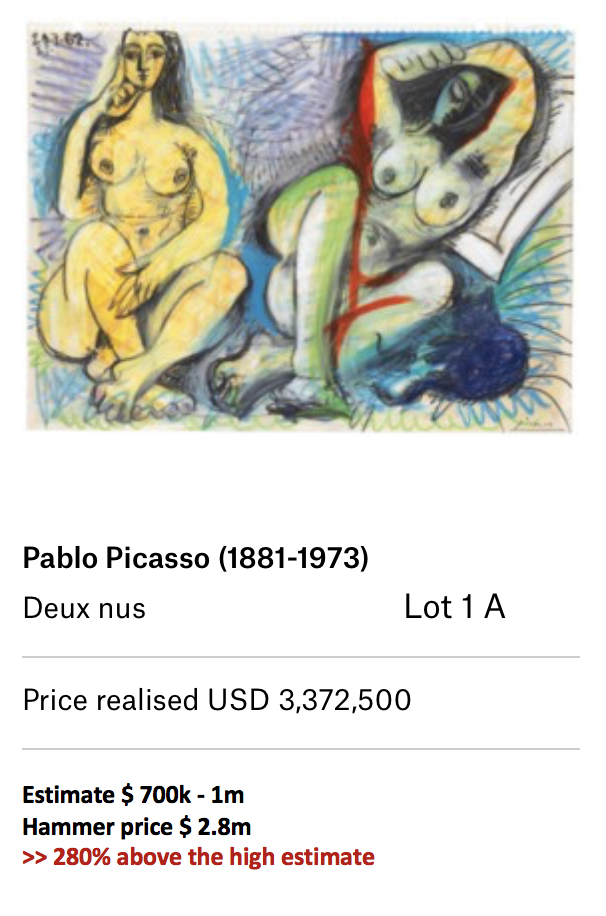 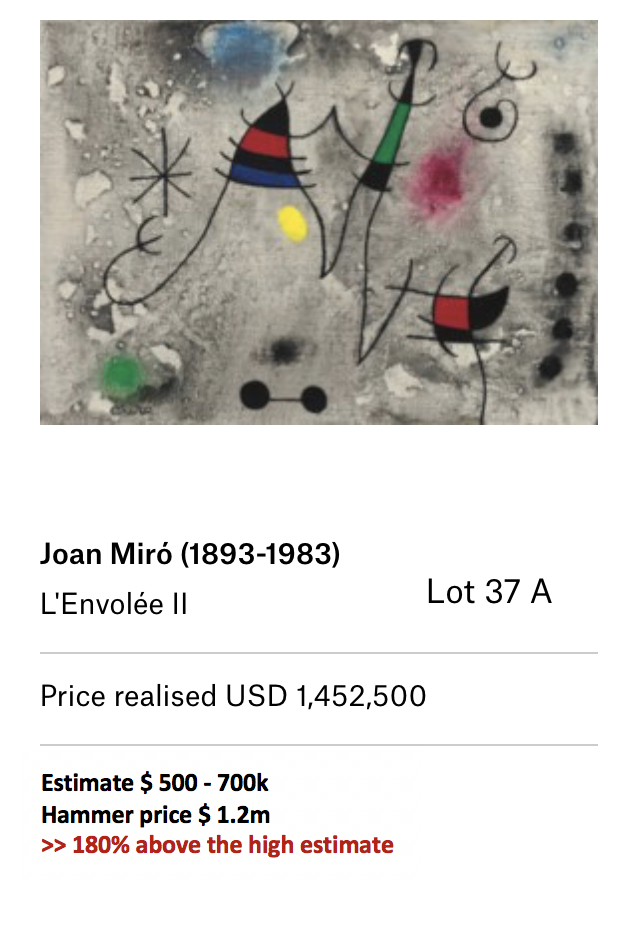 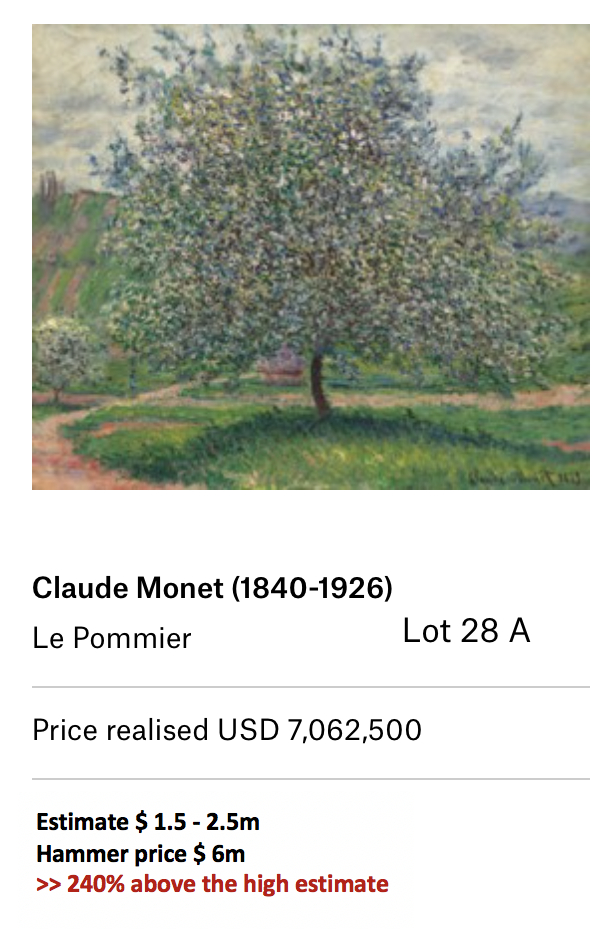 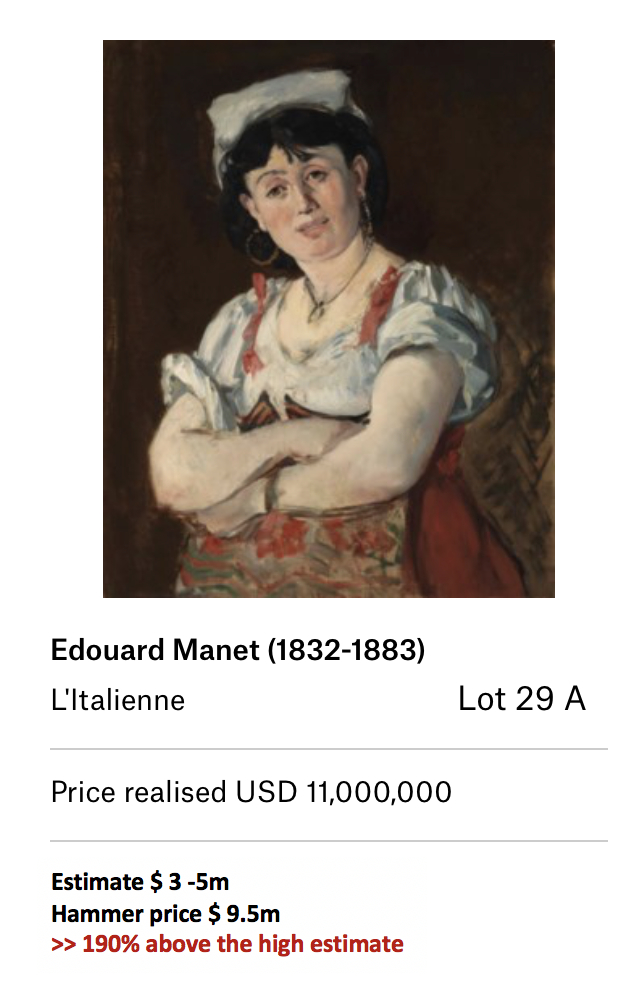 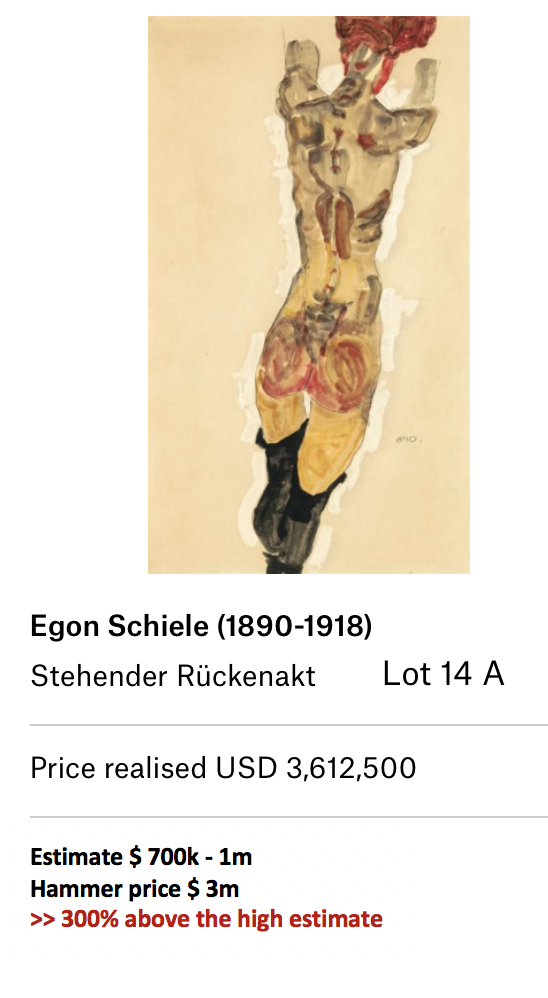 Kazimir Malevich’s Suprematist Composition (1916) sold to for a record $85.8 million (estimate on request around $70 million).

It last sold at Sotheby’s New York in November 2008 for a then record $60 million.

It last sold at Christie’s London in February 2012 for $16 million.